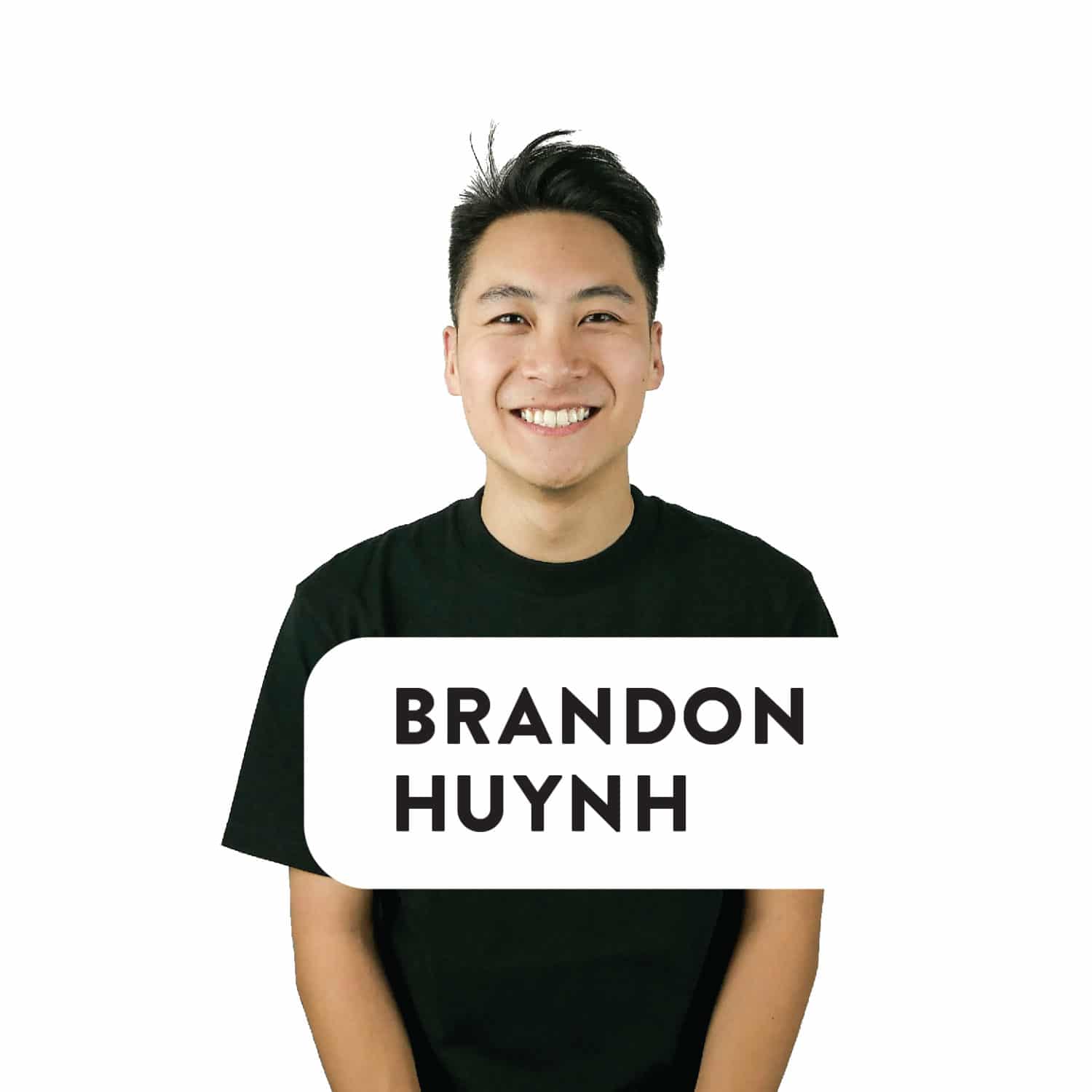 Aaaand we are back with another In The Mind interview! If you have been following since the first interview and made it this far, thank you for reading! As of now, it’s been a really great experience talking with dancers alike, yet with different minds. This series has not only been fun, but it also warms my heart hearing different thoughts about choreography that I’ve came across with. As for our third interview, meet another one of our mentors, Brandon Huynh!

Brandon Huynh: Fasho! My name is, Brandon Huynh, but some people call me, Boogie! I just turned 24, this year, and I currently dance for The Company, based out of Daly City, CA.

TR: So what song did you do, and what is this song about?

BH: I did the infamous, Sexy Love by Ne-Yo. Everyone knows this song, and I feel like everyone knows what this song’s about! It’s a love song down to the wire. He’s basically expressing his feelings towards this individual and how passion he is about this person.

TR: How would you describe this piece?

BH: I guess the way I decided to interpret it, I take a lot of inspiration from my life experiences, and so with this piece, I’m drawing from where I am in life right now. I’m very happy right now! With this piece, I’m just trying to express that happiness, and I guess it’s up to the viewer’s interpretation of whatever it is that’s making me happy. But yeah! There’s a lot of things making me happy right now, not just the romantic aspect in my life.

TR: So was there also any inspiration drawn in from the song itself? The music? Lyrics?

BH: Yeah, I think more of the sounds in the song. It’s a musical playground for any dancer, right?

BH: Yup! Haha, you know, those little sounds in the song? That’s a big reason why I wanted to do this song in the first place. Like anyone else would, there’s so much stuff you can utilize and show through musicality here. That, and also it’s Sexy Love by Ne-Yo. It’s iconic! It goes way back and it resonates with me. It’s been with me for many years as it has for other people. So it’s just one of those songs where I felt like, I knew I was gonna do it one day. I just didn’t know when. And I guess it just happened to be now.

TR: How was your approach to this song?

BH: Well, I’ve always known this song. It’s always been in my library since forever. I guess you just revisit some things, and you kinda find new meaning, or new inspiration from listening to it years later. With that said, I felt like it was the right time for me, at least. Also, teaching a weekly class isn’t the easiest thing to do. Haha!

BH: Right! Well, in a sense where I was really feeling it, I was like, “Okay, I’m just gonna run with this.” – because I’m feeling it now. So it would make my job ten times easier creating a piece, rather than trying to tackle another song that I’m not really feeling. Then, the choreo process would’ve been a lot harder.

TR: Did you have a particular mindset of how you wanted to choreograph to this piece? Maybe you thought of an idea and you wanted to play with it in the piece?

BH: I think for most of my pieces, I don’t try to think too hard because I’d start weighing myself down with a checklist that I would need to fill out. And that’s something that’d I’d never want to do. So I kinda just feel it out all the way, and I kinda just run with whatever feels good. So with this piece, I definitely didn’t wanna do that since it’s the song that it is. You know, some songs it’s just like, “I can’t f*** this up!” – because it’s a good song and it means a lot to many people. And I didn’t wanna mess that up.

Just throwing that all aside, I shifted my focus on making the piece feel good to me. I was less focused on trying to make this piece a great piece because of the social expectations that may come to someone choreographing to a song like this. I tried to not focus on that at all, and I thought to myself, “This song makes me feel good when I listen to it, so me dancing to it, shouldn’t be any different from that feeling.” So I just tunnel-visioned my focus towards that, and it just came out the way it did. And I couldn’t be any less happy about the way it came out.

“Because at the end of the day, if something feels good, then that’s the important thing, in my opinion.”

Awesome! So let’s talk about the break down of this piece!

TR: Are there any parts of this song that has any type of significance to you?

[00:15] – BH: Where was it from, that dab thing? I think I was stuck here for the longest time. This is kind of where I was talking about fulfilling a requirement, right? I was in a struggle between, “Should I hit this, or should I hit this?” I was struggling between going on the guitars or his vocals at this part. The way I just saw it in my head, it’s kind of like the idea of where I both wanna go with it.

TR: Did you just happen to see it both ways?

BH: Yeah, exactly! I guess a little fun fact, the guitar where it goes, da da dun dun dun…. – I do this point-thing down.

TR: Oh, haha I get it. Trying to re-enact this guitar strum thing kind of thing in a way?

BH: Ohh! I didn’t think of that, but that’s a cool interpretation! Hahaha!

TR: Oh, I thought you meant to do that! Well, I mean you know… there you go!

BH: Haha I definitely didn’t see that, but there you go! Isn’t that a great thing about dance?

But that part was originally intended for the first verse where he says, “just one touch…” But, I didn’t do that verse at all. I ended up doing the second verse. So it’s like “You know what? I was doing this move for so long and intended it for the first verse, does it even make sense to put it in the first verse?” At the end of the day, I just threw all those thoughts away and put it in the second verse because doing it just felt right. So who cares if it matters whether it goes with it or not, I’m just gonna do it.

[00:42] – BH: This part right here, those violins then basses happen right after – those basses also happen when his vocals start going “oooohhh”. It’s kind of like one of those happy accidents. I’m going off of those basses, but it accents off of the way he’s singing as well. I just think it’s a great thing that stuff like that happens. I just appreciate the musicality of it.

BH: I think with the chorus, there’s a lot of adlibs in the second chorus of most songs. So it’s also a big reason why I chose to do the second verse because there’s a lot more room to play with. But another big reason why I chose it is because I know a lot of people who have done the song, they usually do the first verse. So yeah I just wanted to choose the different verse.

TR: So I remember you saying you draw in a lot of things from life. Is there any example of that somewhere in the song, if any?

BH: I guess more on how I approach movement, I’m a big fan of genuineness. Most of the time, I feel like you can throw movement on anyone, and it will work. But it’s what’s behind that movement, that gives it life and a meaning.

I don’t know, I’m just a big fan of speaking from the heart. As much as I am a fan of movement, there has to be a reason behind it. Not always! But if there is, I feel like it should come from a genuine place. I feel like I try to stress this a lot in my classes. When you’re yourself, you’re just yourself. It’s not that hard to be yourself because that is you. So I try to stress this to my students to be themselves in class. Yeah, dance is a lot about putting on different personas and stuff depending on the piece, but at the end of the day, if you can draw something from your life, and use that, then I think it would make that ten times easier because you’re doing you.

“If people just speak from a real place, then everything else just comes second nature and it all falls into place.”

Also, I like to do things the way they sound. If something sounds this way, I’m gonna try portray as much as I can with my body to give a visual representation of the way that sounds. Whether it’d be a snare, a bass, vocals, or anything, I try to that and incorporate it into my choreography at all times. It just feels good to me.

TR: What do you think makes this piece different from what you created before?

BH: I feel like it’s one of the slower pieces that I’ve created. I’m kind of used to making faster things. So this was not a big step, but maybe a necessary step that I needed to take in order to slow down things for myself and just really being more in the moment. And doing a slow song definitely allows room for that, so I think it was a really great thing for me to do in my life.

BH: Yeah, there was this podcast (see ref.) I listened to with Shaun Evaristo in it, and he touches on preparing 90% in whatever you do then leaving 10% to the universe. If you have 100% control of everything, then you have 100% control of what’s gonna happen. You already know what’s going to happen. Or, you try to control everything and things don’t go the way you want, then your expectations start to shatter. I feel like the way he puts it, like 10% to the universe, is a great thing because it leaves more room for discovery, freedom, and letting life take its course in a sense. You never know what you’d expect if you are just open to changes.

TR: Yeah, I guess it’s pretty boring if you control everything, but for delivering an experience or so, it has to be exciting somehow, right?

BH: Right! You have to go in not knowing what’s gonna happen. But definitely prepared!

So that concludes this interview! Thank you, Brandon for being willing and able for this series and taking your time to talk about your piece as well as your thoughts on creation in general. It’s always nice hearing from a good friend’s perspective on things. Even though they may be different than your own, there’s still a lot of insight to take in. Brandon is also a mentor at On One Studios, so make sure you check out our weekly schedule to see when he’s teaching! If you want to follow his journey, follow him on his IG: @boogiebrando. Other than that, stay tuned, and see you soon!