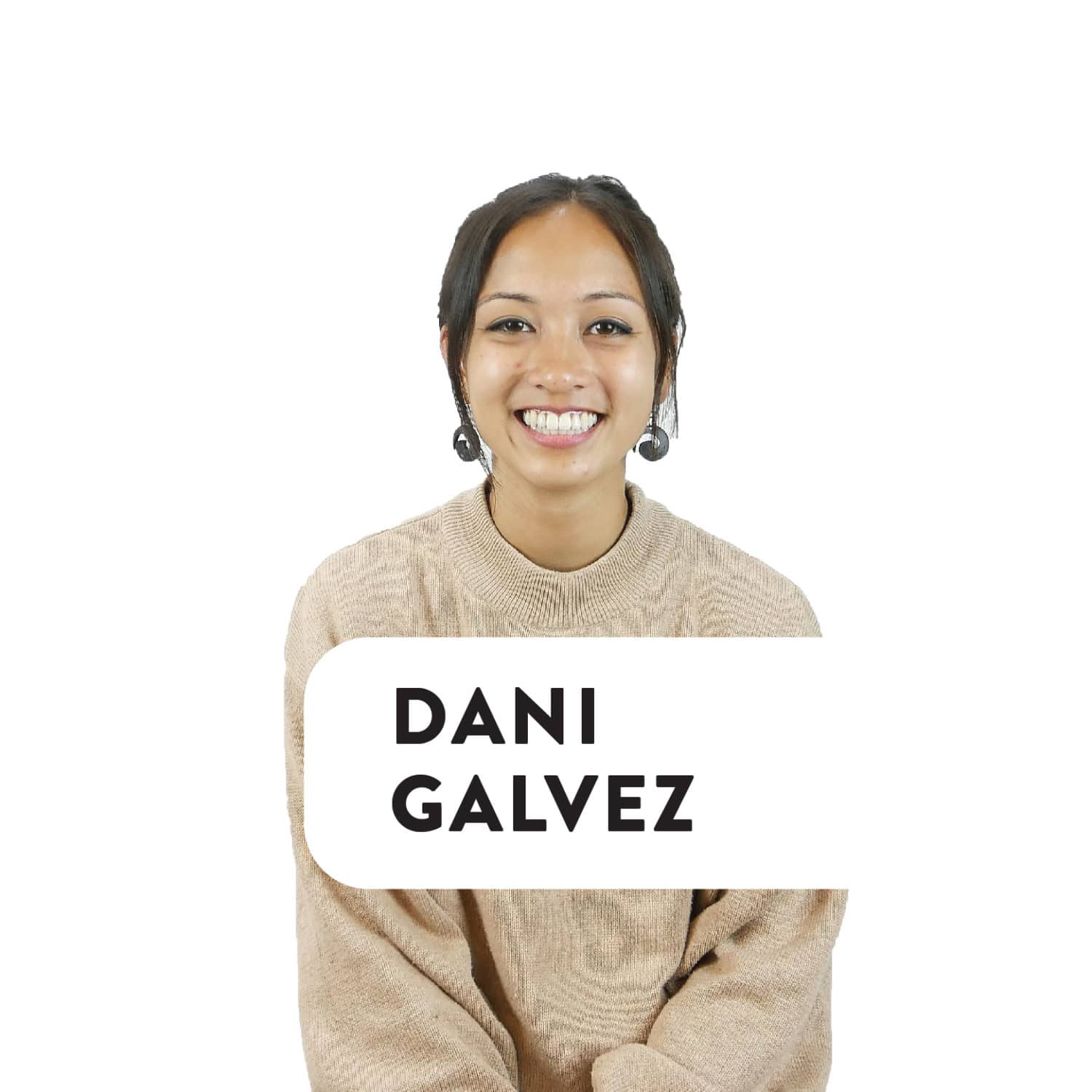 Hello and welcome to the 5th edition of In The Mind! If you didn’t know already, the series has been on hold for a week due to the grand opening that happened last week. Thank you all who came to such a a big event! Here’s a recap of the grand opening incase you missed it!

Now the cool thing about this series is that it brings me closer to people I don’t get to connect with often. Even if I’m peering into people’s minds on their thoughts on choreography, I find it refreshing and vital as it allows me to re-evaluate and look into myself more as a dancer. I recently had a chance to sit down and interview, Dani Galvez, who brings us back to a piece she’s done four years in the past! Let’s learn more about Dani’s story of how this piece came to be!

Dani Galvez: My name is Dani Galvez, and I’m from Union City, CA! I lived in the Bay Area my whole life. I’m a dancer/choreographer and have been in the urban dance community for a little over five years now. I’ve always loved the community aspect of it since I’ve met a lot of my closest friends from it. Outside of dancing though, I really like doing stuff such as yoga, reading books, and going to the library – keepin the library alive! I also really like cooking! I feel like I’m such a home-body when I’m not dancing or in rehearsals. I’m just in the house cleaning or something, haha!

TR: Can you cook sinigang?

DG: Yes. I can cook sinigang.

TR: Heck yeah! So what’s this song and what’s it about?

DG: The song is called “Who You Are” by Jessie J, and it’s really about blocking any kind of self-doubt. Like blocking any preconceptions that other people may have about you, and staying true to who you are at the core  and at the essence.

TR: Transitioning into the piece, how would you describe this piece?

DG: So the movement I describe it to be is a bit aggressive. So when you are really in depressed mode, all you can show to people is anger and angstiness. And that kind of shows within the movement and how I intentionally choreographed it. I did this when I was going through some hard times. I heard it, and it kind of has a “yearning” feeling and all I could come up with was like powerful, linear, and yanking moves, I guess. I’m yanking my body from side to side and stuff like that.

TR: How did you approach this song in the first place?

DG: The song kind of found me, and it’s funny how that happened. As choreographers, we’re always asked to either choreograph to a song, or find a song to choreograph to. However, this song found me in a time where I needed it to find me. I think I was on YouTube one time, and there was this girl. I can’t remember her name now, but she did a video and it was a solo of her dancing to this song. And the song pretty much spoke to me. Her dancing spoke to me as well, and I was inspired by her to create my own interpretation of this song. Through that, it was kind of like a therapy moving through what I was going through at that time.

TR: Is there anything that you like about this song in particular? I know you already mentioned the message of this song, but maybe there was something about the music or the sounds?

DG: I’m really down for the message of “remember who you are and stay true to who you are” and I don’t think we can be reminded of that enough. But yeah, just be true to who you are because there’s just a lot going on, and there’s new things that you’d wanna try. You can forget who you are in all of that, but that’s why I say you can’t hear that message enough. So Jessie J’s way of singing is super powerful, and it’s like my body needed to sing that powerfully to match her. And it felt really good doing that.

TR: Alright, so let’s watch this piece together! Any significant moments that you wanna talk about in the actual piece?

[00:59] DG: Right here, I’m like picking something up which is basically myself. I’m picking myself up to be much like, “Hey, listen what I have to say now.” – as if my higher self was talking or something. Or maybe God is talking through me, however you want to look at it.

[01:13] DG: When I fall to the floor, she says, “It’s okay not to be okay-” and sometimes you have those days when you’re not okay and you’re just on the floor and you can’t move. So I just thought of going to the floor and felt like I dropped dead onto it.

[01:15] DG: Here she sings “Sometimes it’s ha-a-a-ard!” I’m pretty much banging the floor so hard, and all I could behave or act was just being hella angry and throwing a fit basically. It’s because I’m so tired of being sad, or being betrayed or whatever.

TR: Did you get any inspiration from a particular dance style into this piece?

[1:22] DG: From here, I’m hitting my hip where she mentions “bruising”, and I’m pretty much showing how you can bruise yourself. When we feel pain, it can be self-inflicted. Hence, hitting yourself. Getting bruised doesn’t necessarily mean you’re gonna die, it just means that you went through something and you’re gonna be healed soon.

TR: Do you like to hear the lyrics and try to do moves based off of what they say? I think everyone likes to do that actually. Haha.

DG: I think that’s the fun part about choreographing for me. It’s like, “How can I tell a story in a literal sense? And how can I transcribe words into movement?” From language to language.

TR: Do you have any times where your moves are more abstract in a way?

DG: Yeah, and those are the parts that I don’t understand, haha! I tend to be more abstract when I’m hitting beats, but I feel like movement in itself can be abstract because one move can be interpreted in a different way. Let’s say if I had no lyrics in the song and I was just doing movement: Like an arm coming up could represent that I’m reaching for something, which in this particular case, it does. I’m reaching for the stars! They say that

TR: Where do you reference that from?

DG: I heard it from one of my professors at San Jose State University, Fred Matthews, who taught us choreography. He’s my mentor, and he’s like my “Yoda”.

TR: What makes this piece different or unique than the others?

DG: Hmm… I guess I can just talk about the history of this piece and how it came about. In general, choreographers usually choreograph something for a class, to teach a team, or to put on stage. For this piece, I wanted to choreograph to it just for the sake of choreographing it. That’s what makes it special for me, but what makes it different is that I had an intention behind it that was… it’s kind of like a catharsis? Whatever I was going through at that time – feeling betrayed. It felt more real.

When you’re sad, sometimes you lose yourself and you do all these things which you may have not done, which is cool. Exploring is fun, but sometimes you get into these things and you’re just like, “What am I even doing here? I’m not even into this stuff.” So that’s where the song came in for me. It’s like, “It’s cool to be sad now, but you’ll get through it and you’re stronger than this. You’re going to be healed soon.”

TR: Was creating this piece hard? Maybe you had a choreo block?

DG: Well this was three years ago. I couldn’t 100% say I for sure struggled with. This was one of those pieces that came out in like two days. I just kept at it! I remember my head being wrapped around the piece so much that I simply had to finish it. So rather than struggling, I think it just flowed easily for me.

And I think that happens when my ‘body’ really wants to say something, and I had the right song to do that with.

TR: So do you have any last thoughts you want to add in on anything?

DG: I think dance always parallels with my life. Anything I find within dance, I find it is true outside of dance. If I’m collabing with someone, and it’s hard for me to get my word in, or it’s hard for me to like what they’re doing, then it’s probably an issue that I have with them in real life and not just trying to collab for the piece. Or if I’m a person taking class, and think “Oh this piece is easy! Oh this is super hard, I can’t do this!” Those same thought processes don’t only show up in the dance studio, but they show up in your life outside.

I’m kind of researching for myself- this dance therapy thing. Well I don’t want to call it “dance therapy” because dance within itself is already therapeutic. I don’t think I would even label it as that. But there is a truth that dance is serious therapy. You can get a lot out of your chest by making a dance out of whatever you can’t say or whatever you want to say!

Thanks Dani! I enjoyed learning more about how you create and especially coming a person who I don’t normally learn from. It’s very insightful! You can learn more about Dani by following her on Instagram here. Dani’s also one of our mentors at On One Studios, so you can look and find out whenever she’s teaching by looking at our fall schedule! Tune in next week!