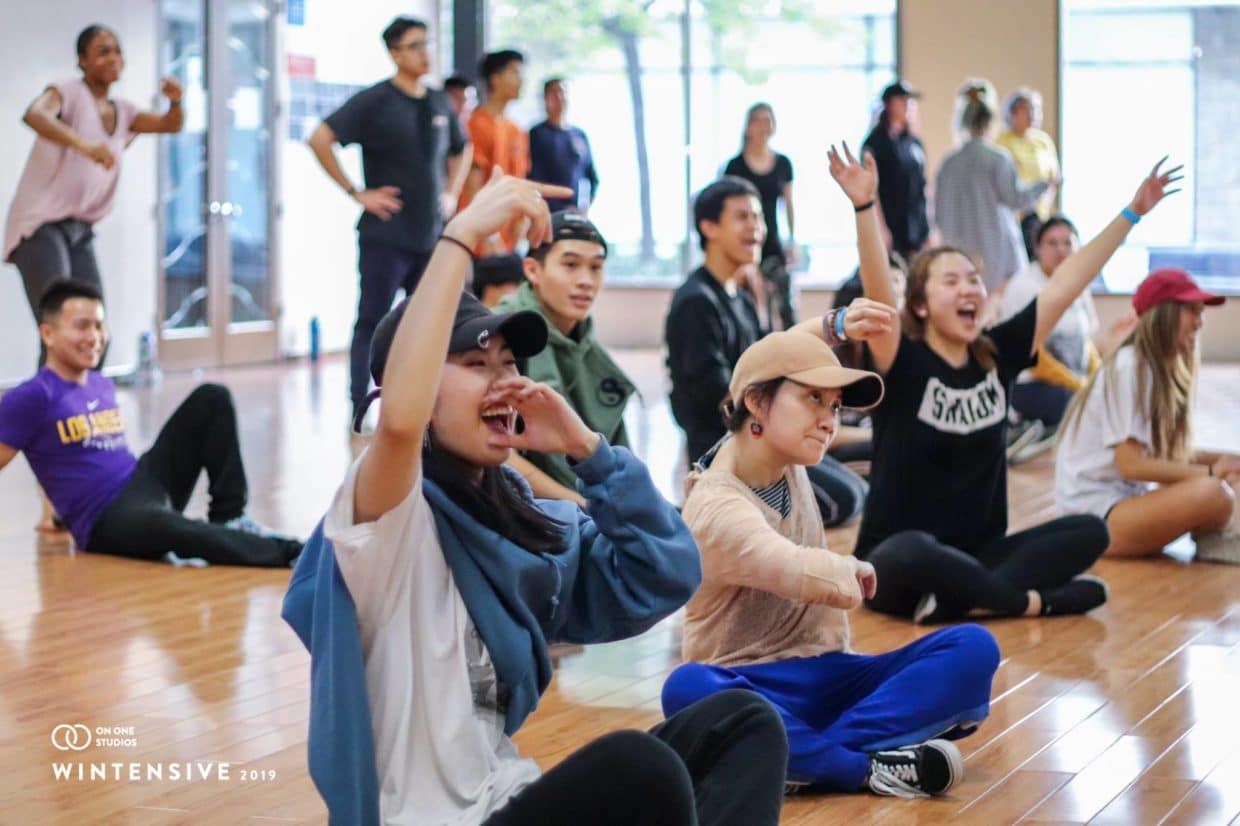 What’s a mark? How do we go full out?

At first, Urban Dance lingo can sound ambiguous. Let this article be your quick guide to understanding common Urban dance terms and phrases.

Mark
Verb
1. To dance the choreography minimally in order to understand complete movement, textures, and musicality.
“See how the class and Alfred Remulla mark the choreography during his Monday Night Workshop”

Full out
Verb
1. To dance the choreography with 100% energy, movement, textures, and musicality.
“Yo – Alfred’s full out was so sick”

Groove
Verb
1. To have your body follow a song’s repeated up or down beat.
“You can groove by bouncing, swaying, or doing the 2 step”

Texture
Adjective
1. The different ways a movement looks, feels, or is articulated through your body as you dance.
2. Examples of associated words include “smooth,” “sharp,” “slow,” “quick,” or “flowy.”
“Taryn Cheng’s textures are smooth and isolated while Jason Lin’s is more robotic”

Speed control or speed change
Adjective
1. A texture commonly used in popping
2. When you instantly change your body’s texture from fast to slow or vise versa
“Deziree Del Rosario is hella good at adding speed control to her choreo”

Twerk
Noun
1. A term that began from New Orleans’ bounce scene in the mid 1990s.
2. A style popular within reggae and dancehall, originating from Black and African cultures, defined by moving your hips and butt to the song’s beat.

Verb
1. The act of moving in this style.
“King K’s twerkshops will leave you sweating from head to toe.”

K-Pop
Noun
1. An abbreviated term for the subculture that emerged during the early 1990s from Korean pop music, dance, and culture.
2. A term often connected to K-Pop dance covers that started in 2011.
“I love K-Pop! Have you listened to ‘Wow Thing’ yet??”

Join Us For Class

Don’t forget to follow us on Instagram (@ononestudios) and check out the On One Studio Unlimited Program (OOS UP)! OOS UP is our new membership program that lets you take unlimited dance classes at On One Studios for a flat monthly rate. Take classes from our programs in Urban hip-hop, K-Pop, Street & Club Styles, and Partner Styles.

Take advantage of our Summer Schedule and Monday Night Workshop: Summer Edition which will feature choreographers from all over the world with different backgrounds and styles to ensure a unique learning experience from week to week. All ages and levels are welcome. To register, follow the “Sign Up” tab on our website and select the dance class you would like to take on its upcoming day and time. Start your dance journey today!